Krulwich Wonders: No, Not that Left, Your OTHER Left!

Sigmund Freud, who was no shirker in the brain department, had trouble remembering left from right. When he was a boy, if someone suddenly shouted, "Sigmund! Go to your right!" he'd freeze.

"No organic feeling told me," he once wrote. "I used to test this by quickly making a few writing movements with my right hand." It's the old Write-With-My-Right trick. And he's not the only one.

At the other end of the IQ curve, Winnie the Pooh, that bear of Little Brain, had the same problem.

Lots of people have left/right issues. Even if you don't think you have, you do. Here's a little test from science writer Chris McManus. Take a look at these pointing hands and, as fast as you can, say out loud whether each hand is pointing up or down. 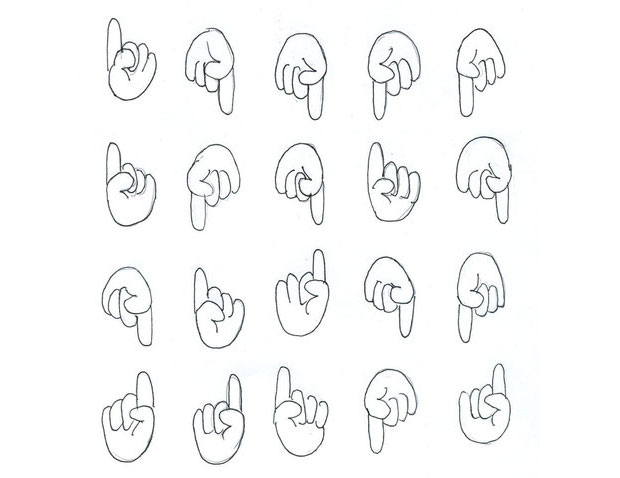 OK. Now, take a look at this next set, and again as fast as you can and out loud, say whether each hand is pointing right or pointing left. 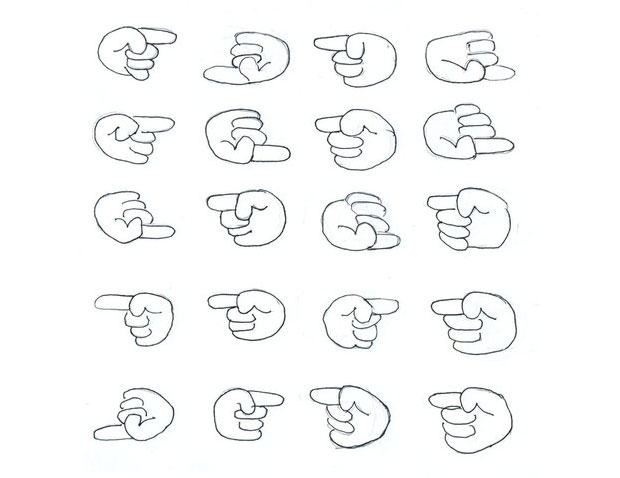 Chris McManus says most people have a significantly harder (and slower) time doing the left/right test. And if the question is, "Which hand is a right hand or a left hand?" things get glacial. People take two and a half times longer to identify right hands from left hands. Naming, even noticing, right from left is just not easy.

The Most Recent Case In Point?

Marco Bertamini and Carol Bode of the University of Liverpool (working with Nicola Bruno in Parma) put two famous films Yojimbo and Sanjuro by the great Japanese director Kurosawa in a movie theater in Liverpool. Anybody could come. The films were free. All you had to do was fill out a questionnaire at the end.

Lots of Kurosawa fans showed up. They sat. They watched. What they didn't know, was at half the screenings, the film was flipped. Left became right. Right became left.

The psychologists say in their paper:

In the opening scene of Yojimbo (1961), a samurai arrives at a fork in the road and throws a stick in the air. The stick points to the right, and the samurai follows the road to a village. Here the story begins. We will never know where he would have arrived if the stick had sent him to the left.

Except, in half the screenings, the stick actually went left! 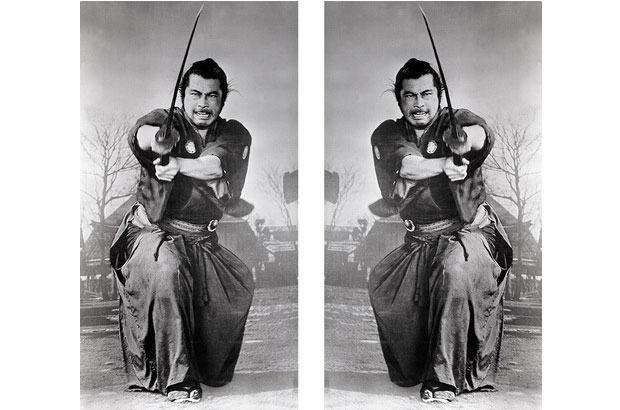 Production still from the 1961 film "Yojimbo." The original image is on the left.

"We chose Kurosawa," said Bertamini and Bode, "not only because he is highly admired as a director but also because in these films there are no cars and no Roman alphabet writing." Most Liverpudlians don't read Japanese and wouldn't notice that the writing was backwards. But would they notice the more subtle changes?

A kimono, for example, is always worn with the left side overlapping the right side (the reverse is used to dress a corpse for burial). Light that used to come from one side is now coming from the other. Any right-handed actor becomes left-handed and vice-versa. Finally, many emotions are expressed by actors during a film, and facial expressions are also known to be asymmetrical...

As it turned out, of everybody who saw the films in reverse, only two people noticed. One could read Japanese and noticed the letter/character reversals. The other was a friend of the Toshiro Mifune's (the star of the film) family and came to the film with a container of Mifune's ashes. They were both removed from the survey.

That left...everybody else. Even though all the actors in the film were strangely left handed, even though many of the movie goers had seen these films before, they didn't see a difference.

"The almost total lack of detection of the reversal is remarkable," say the authors.

I dunno. I'm not as surprised. Maybe because I don't find it all that interesting whether something is naturally right or left oriented. I've been handling one dollar bills all my life. If you showed me two faces of George Washington, one facing left, the other right, would I know which one actually appears on a one dollar bill?

What's more surprising, is even when the difference matters, people can't be bothered.

For years Dr. Tom Schneider has kept a record at his website of DNA molecule illustrations where the twist of the double helix is flipped from the correct direction (twisting right) to very incorrect "left handed DNA." Even I can tell the difference, but the incorrectly flipped DNA keeps showing up in science and medical journals.

But the dark secret here is I kind of like it when I see someone else getting it wrong. It's good to know, for example, that the great physicist Richard Feynman had to use a mole on the back of his left hand to remember his true left. It's even better to look at this famous portrait of the German writer Goethe and to notice (courtesy of Chris McManus) that Goethe's right leg seems to end in a left foot. If I'd grown up a portrait painter, I'd have done this all the time. But I didn't. So I get to say, shame on you, German artist Johann Heinrich Wilhelm Tischbein. You did it. I didn't. 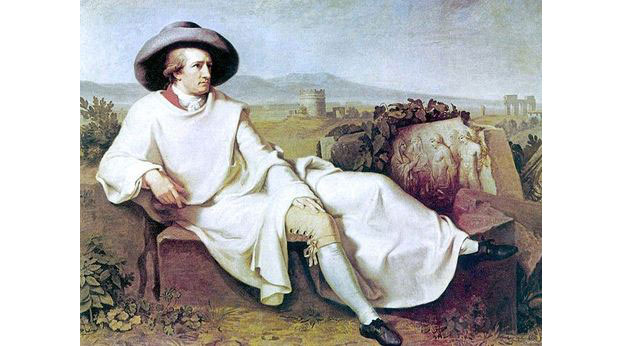 Chris McManus' book on left and right is called Right Hand, Left Hand (Weidenfeld and Nicolson, 2002); Thanks to Steve Silberman for pointing me to the Kurosawa paper.