A while back, we aired a story by Ari Daniel Shapiro about a type of single-celled sea plankton called coccolithophores (or as we’ve been calling them around the office, “coccos.”) 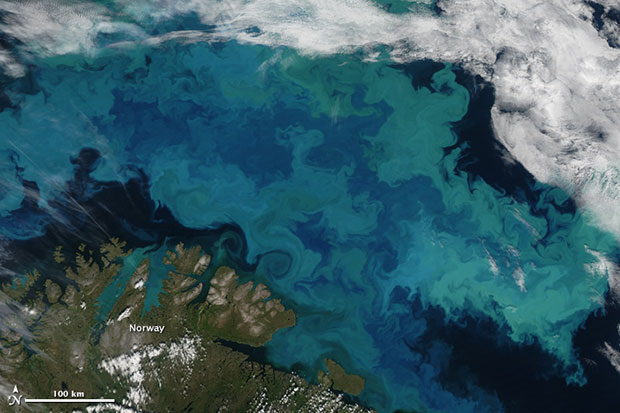 A massive bloom of phytoplankton in the Barents Sea. The milky blue color strongly suggests that it contains coccolithophores. [Image and caption via NASA Earth Observatory]

Anyhow, at a certain point in the story, we learn that the viruses that attack the coccos are the virus version of huge. They’re “the leviathans of the virus world,” says our expert. Of course, in the scope of things, that’s still extremely small – smaller even than coccolithophores, which are microscopic. 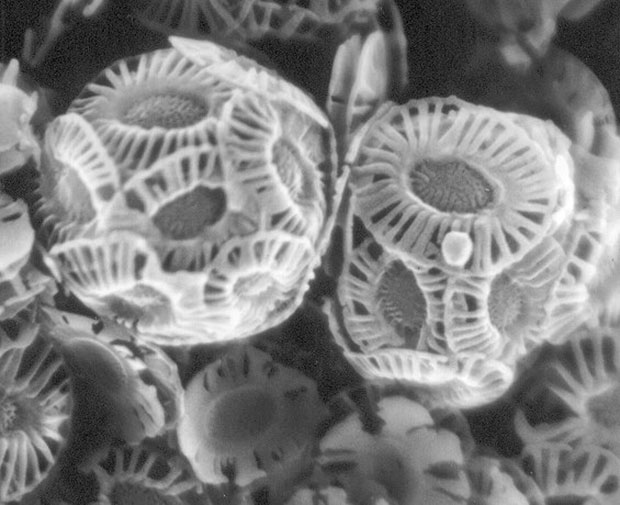 It’s a hard thing to wrap your brain around: a giant thing that’s also a teensy thing ... but still massive next to a larger teensy thing. Luckily, we found possibly the greatest visual aid for this ever. It’s called “The Scale of the Universe.” Click that link right now to load it up, because it takes a while. True to its name, it's a scalable chart of various animals, vegetables, and minerals in the known universe, i.e. what they look like and how big they look next to similarly-sized things. For example, if you zoom in past dust mite, past paramecium, all the way down to the cell nucleus range, you’re in the arena of Cocco vs. Virus. Look beyond the cell nucleus to the middle of the frame. See that black dot? That’s the largest known virus. Zoom in further. It looks scary right? Up close like that? Now zoom out and look around. You’ll notice things you may not have known. “Smallest Thing Visible to Human Eye” is actually smaller than “Human Egg,” which in turn is smaller than “Thickness of Paper.” Now keep zooming, in and out, however you choose. You’ll meet beings you may have never heard of. You'll imagine this place we all inhabit, the world, the universe, in ways you never have before. It’s amazing.

What makes “The Scale of the Universe” even more amazing is that it was built by two 14-year-old boys in California, Cary and Michael Huang. Cary got the idea after learning about the relative sizes of cells in school. But the chart wasn’t built for school. He and his brother did it just for fun. Cary says it took a year and a half. We’re pointing this out because it shows a dedication and attention to detail, for zero reward other than pure satisfaction, that you almost never see. And we just wanted to thank the Huangs for that.