A Beautiful Notion: That Caterpillars Killed Off The Dinosaurs

For the last hundred years, scientists have been wondering why the dinosaurs disappeared so quickly. Was there one key reason, or several?

Some supported the dinosaurs-developed-cataracts theory, some the "slipped disc" theory. Others thought dinosaurs got zapped by cosmic radiation. Still others felt as dinosaurs got bigger (while their brains stayed small), they became too stupid to compete with smaller animals. Nobody knew so everybody guessed.

"There had to be some reason the dinosaurs disappeared, and the floor was open to just about anyone who had even the slightly inkling on the subject," writes Brian.

Of all the theories he looked at, Brian's favorite is so wonderful to think about, so deeply odd (even if it's almost certainly wrong), I want to retell it. It comes from a California scientist, Stanley Flanders, who made his living as an entomologist, an insect man, which is perhaps why, in 1962, he wrote a paper called, "Did the Caterpillar Exterminate the Giant Reptile?" Dr. Flanders proposed that the great dinosaurs were eliminated by a giant influx of moths and butterflies.

I'm not making this up. 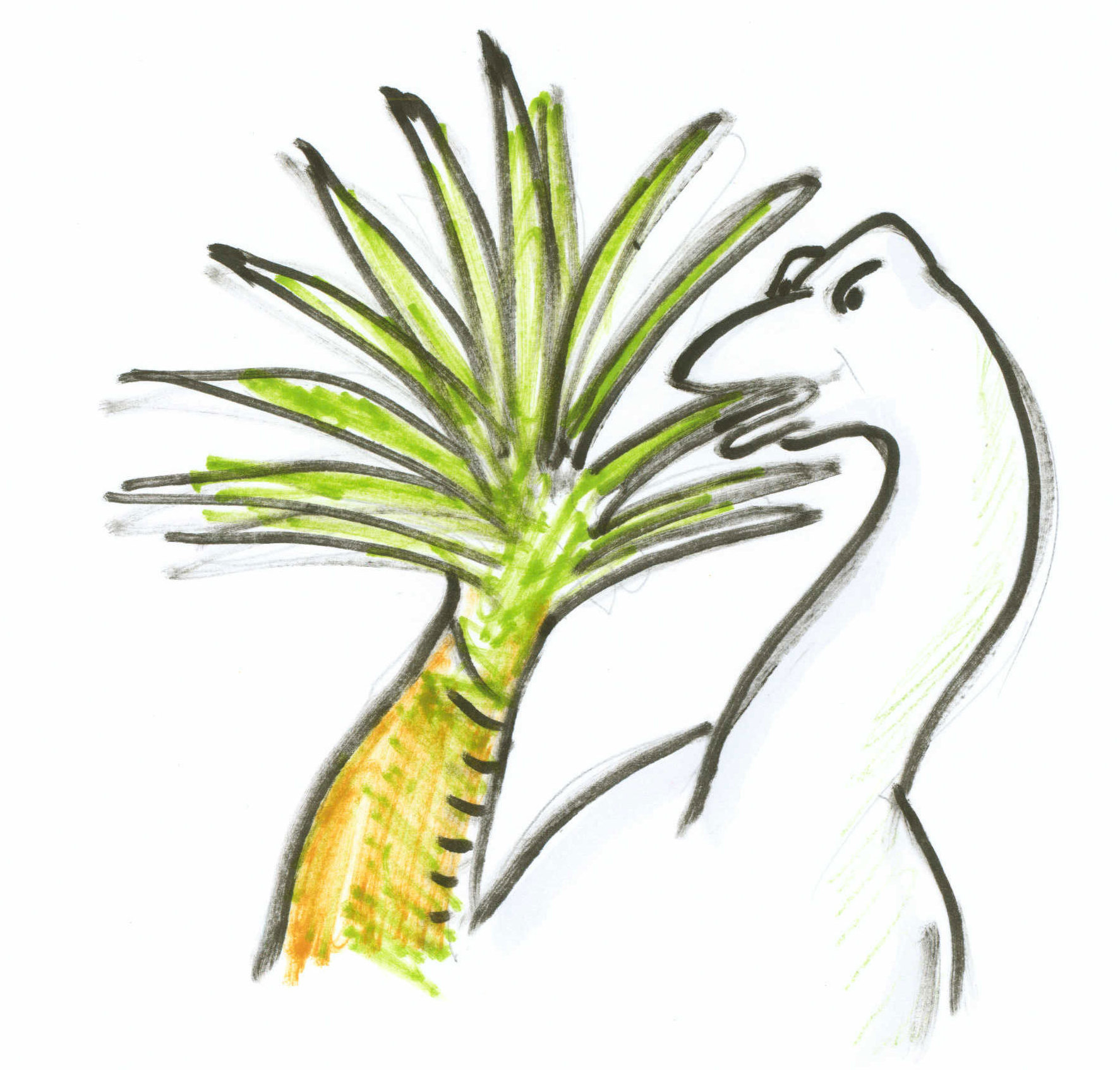 Here's his argument. Flanders reasoned that "the inherent weakness of the reptile was an extraordinary need for an abundance of plant material."

Can't argue with that. Big vegetable eaters — the hadrosaurs and sauropods — needed to eat leaves by the bushel. Bushels upon bushels. So if anybody else got to those leaves ahead of them, that was dangerous.

Caterpillars, of course, eat leaves too. They are much, much, much smaller than dinosaurs, so you wouldn't think of them being a threat, unless ... and here's where Dr. Flanders imagined his catastrophic possibility. 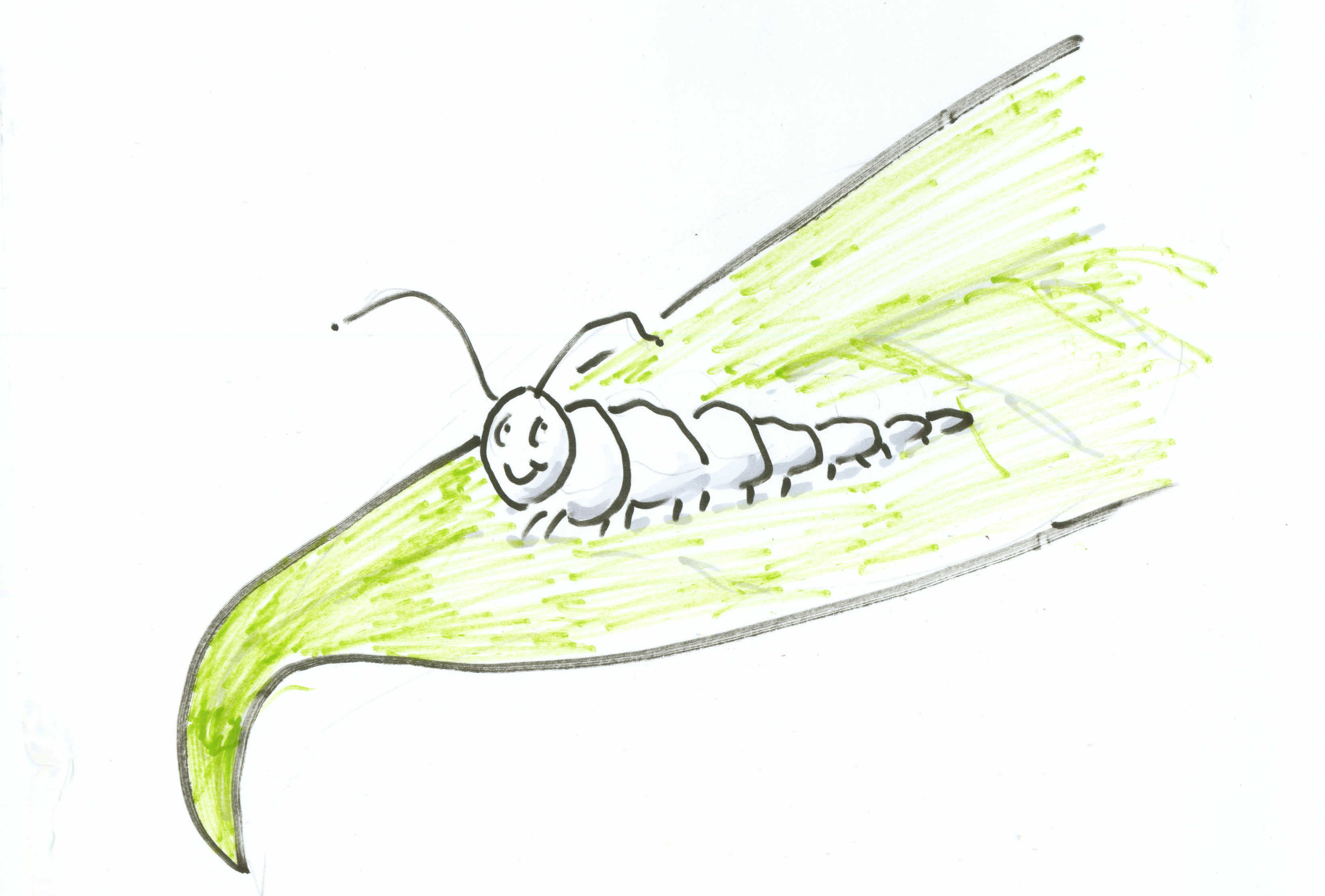 Suppose, he said, that somewhere around the time the dinosaurs disappeared, a new insect happened on the scene. These little guys were the first representatives of the Lepidoptera, animals that today we call moths and butterflies. When they lay eggs, their babies, the caterpillars, eat prodigious amounts of leaf. If there were birds around, or caterpillar loving parasites, lots of those caterpillars would have been eaten or destroyed, killed by their natural enemies.

But what if, asked Dr. Flanders, the first baby moths and butterflies were so new, they didn't yet have enemies?

Then, because they could have had so many babies much more quickly than giant dinosaurs, they could not only multiply enormously, they might have achieved a population large enough to out-eat the dinosaurs. He'd seen such a thing happen in Australia when a new caterpillar, "imported from Argentina in 1925, destroyed within 6 years approximately 50 million acres of the prickly pear." It had no Australian enemies.

Sixty-five million years ago, those moths and butterflies would eventually become dinner for even newer animals, but for a little while, wrote Dr. Flanders, he could imagine the dinosaurs getting hungrier and hungrier as caterpillars made off with their food until, eventually, a great die-off began. 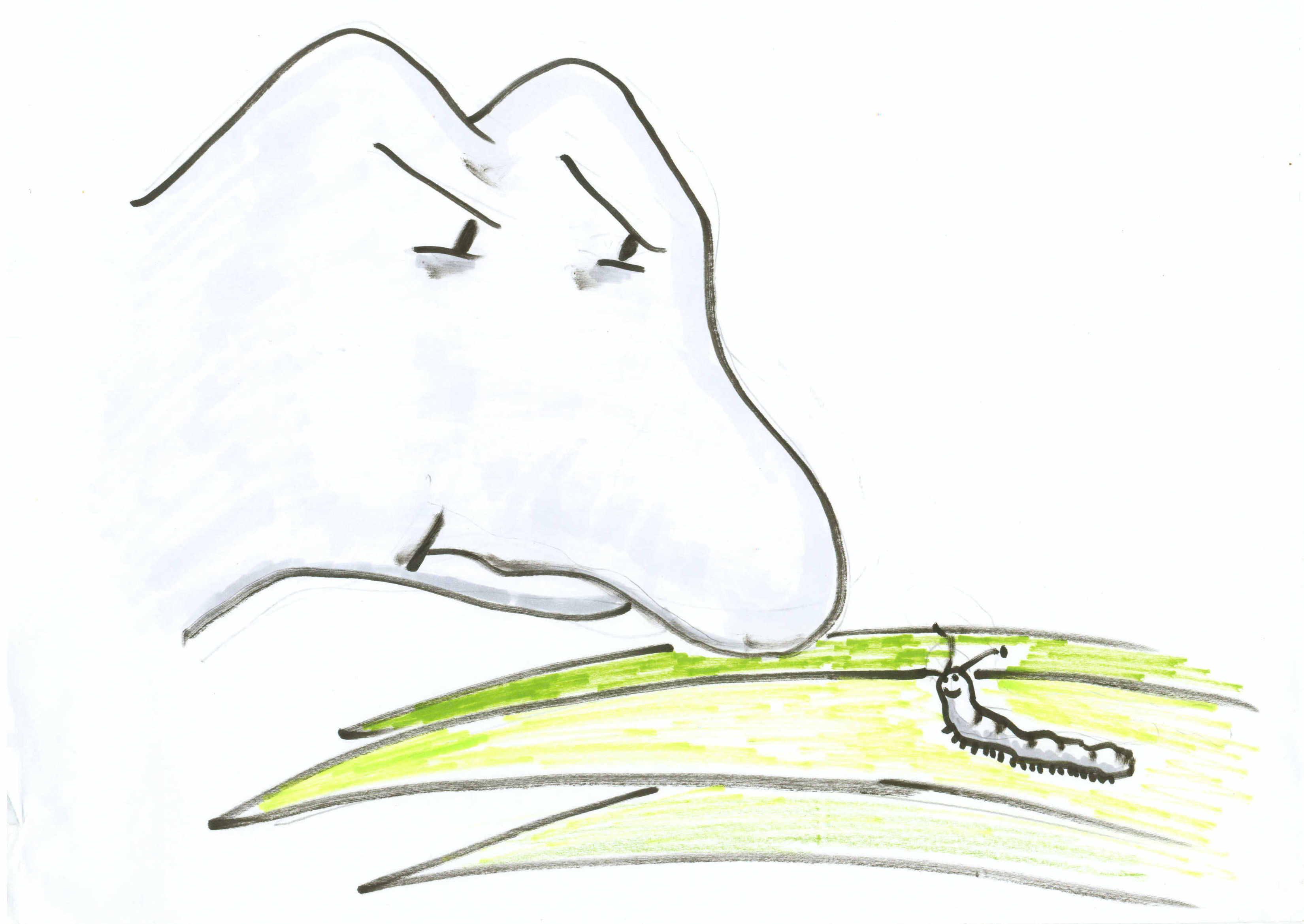 "Thus," Flanders concluded, "the giant reptiles which had survived during eons characterized by great changes in climate, continental uplifts, and different diets, may have been exterminated by the lowly caterpillar."

Thinking about this, Brian Switek imagines the final scene: On the forest floor you see the dead hulks of hadrosaurii, sauropods, the horned dinosaurs wasting away while all about them in growing profusion is a cloud of moths and butterflies getting thicker and thicker, a haze of tiny wings, as billions of moths maybe showing first traces of blues, greens, pinks, flutter about. ... Kind of beautiful, no? 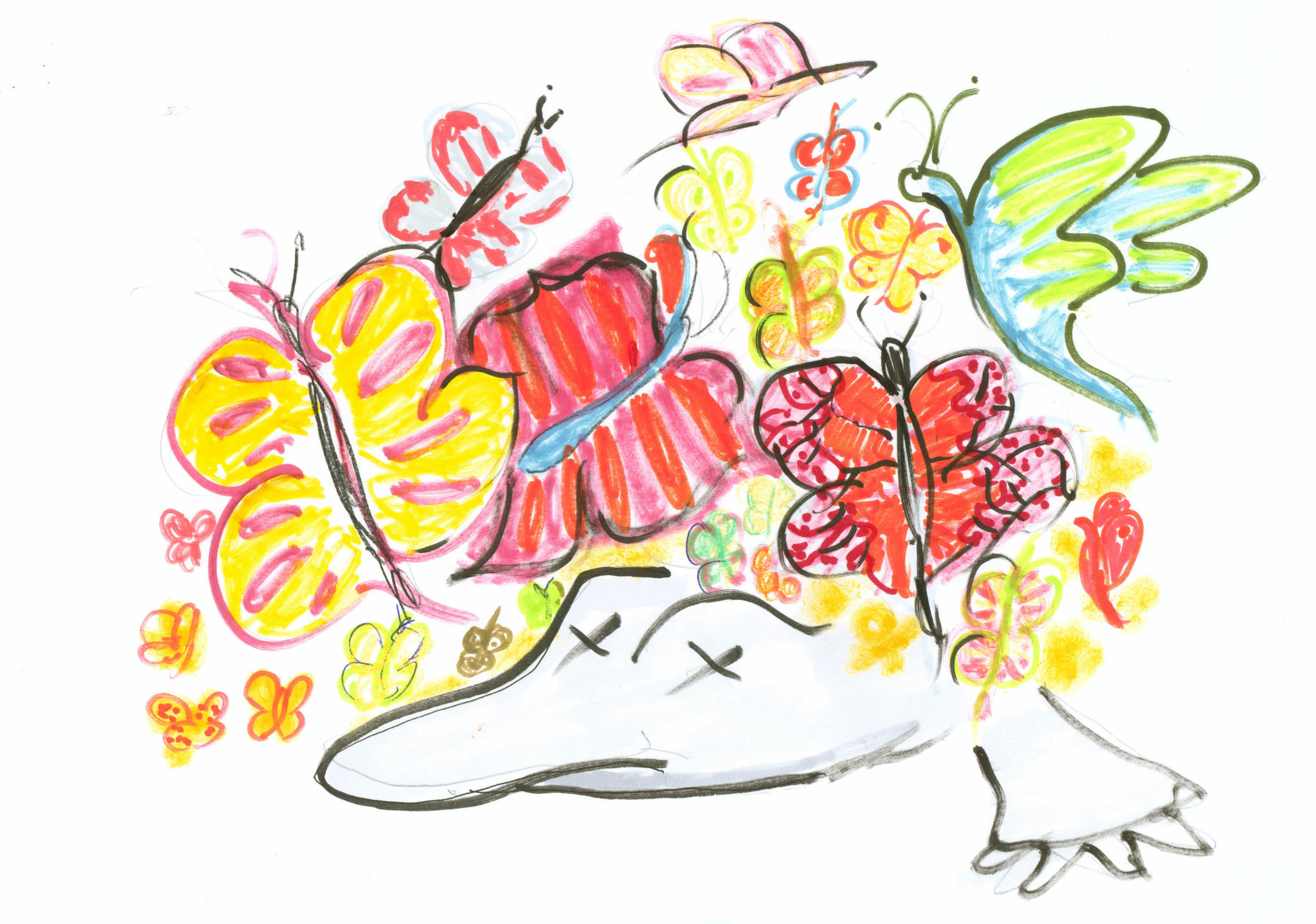 Alas, Dr. Flanders' theory never attracted much scientific support. There is no evidence in the fossil record of any epidemic of caterpillars. Instead, we now think the main reason for the dinosaur's going is an asteroid, about the size of Manhattan that crashed to earth — an asteroid Dr. Flanders knew nothing about at the time.

It was discovered by a father and son team named Alvarez. Walter, the son, is a geologist (a rock guy). His dad Luis was a physicist (knows about objects in motion). Scientists, like the rest of us, seem to go where their enthusiasms take them. But this time, the evidence, in the mineral earth, the fossil record, confirmed their story. Not everybody agrees it was just that big rock that did it, but when the data says "yes," biologists, botanists, zoologists, paleontologists have no choice but to accept the evidence.

That's how science works. Sometimes even the most beautiful stories, the ones you'd love to believe in, end up, alas, in the garbage can.